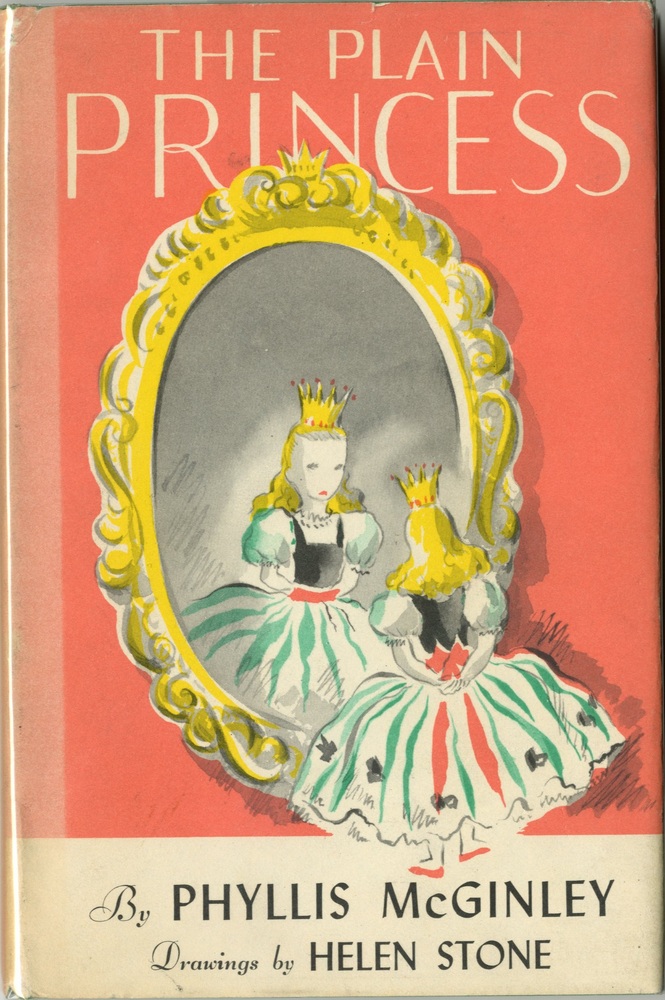 The Plain Princess by Phyllis McGinley is the coming of age story of Esmeralda, who learns to shed her elitist disposition and becomes a humble and caring princess. Published in 1945, it is a modern take on the conventional fairy tale. McGinley accomplishes this through the reversals of gender roles, cultural perceptions of Suburbia, and fairy tale expectations of beauty. The Illustrations of Helen Stone act as a link between the modern elements of the story and the classic fairy tale structure.

The Plain Princess contains many elements of a classic fairy tale: the structural repetitions of threes, the motif of protagonist separation and a happy ending. However, if we look at the story through a modern point of view, we see elements of a feminist fairy tale.

Feminist rewritings of Fairy Tales were common in the latter half of the 20th century (Ayscue Gupta 3). They are defined as stories that engage in a debate about literary conventions of gender roles. The Plain Princess does not lie directly in this category because its female protagonist is not an empowered character (Farish and Sturm 39). It does however contain feminist aspects that are not found in traditional fairy tales. There is a complete non-reliance on men to resolve the complications that arise. Unlike in many other traditional fairy tales with a female protagonist, the Prince or the Father do not have any impact on the outcome of the protagonist's fate.

One character that does have a strong effect on Esmeralda's fate is Dame Goodwit. She takes the princess away from her family in an effort to cure her plainness. Dame Goodwit seems to fit into the evil stepmother archetype, as she is responsible for distancing the protagonist from her loved ones. However, her role is reversed in this story as she uses her intelligence and wisdom in order to help Esmeralda achieve her goals. In traditional fairy tales, a strong and powerful woman character like Dame Goodwit would either have been evil or have possessed magical powers (Farish and Sturm 39). Instead, McGinley offers the reader a portrayal of a completely independent human woman.